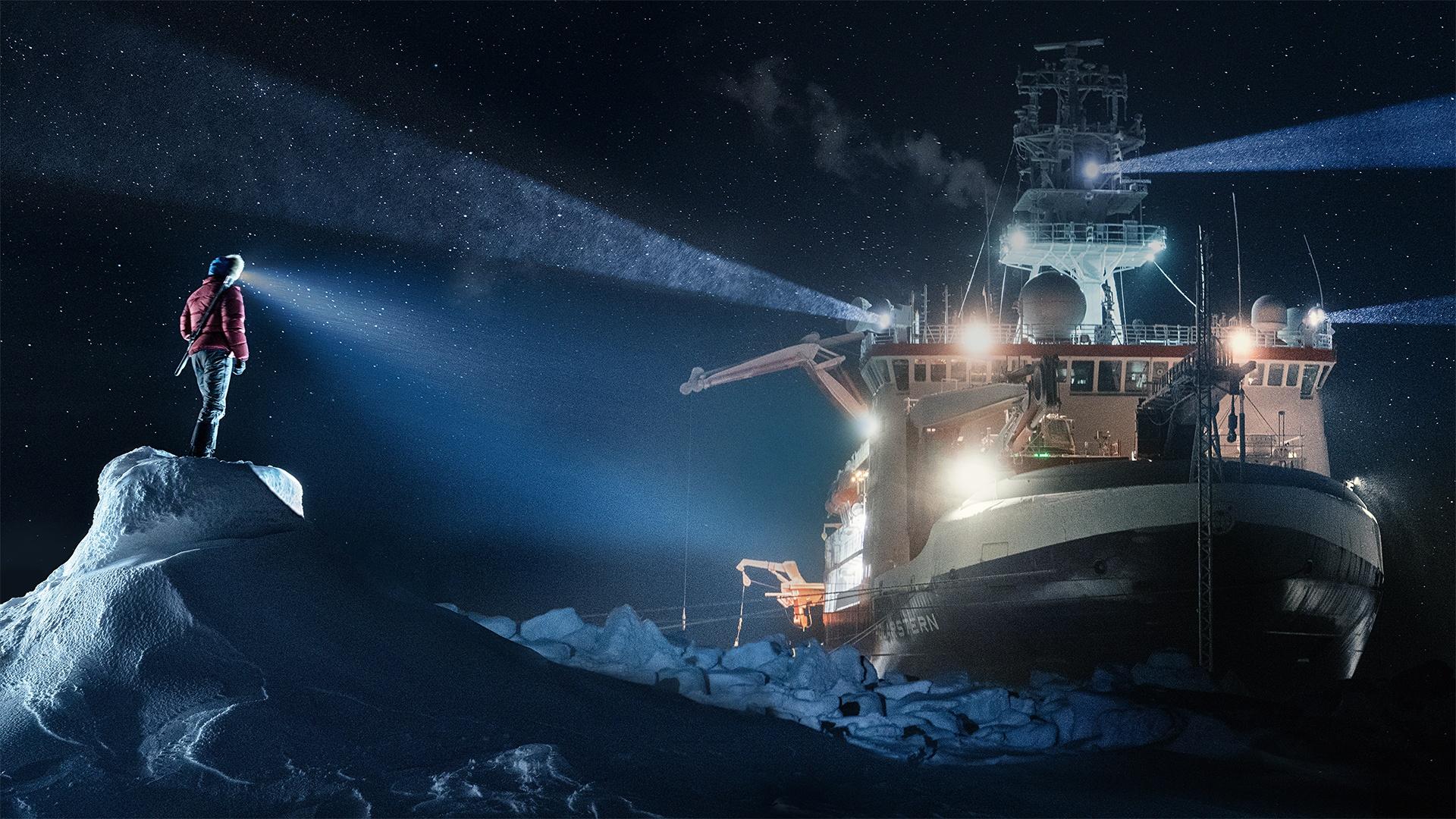 Journey to the top of the world with scientists as they embark on the most ambitious Arctic research expedition of all time. The Arctic - a vast frozen ocean, shrouded in darkness for half the year - is warming at twice the rate as the rest of the globe. Since the northern ice cap acts as a cooling system for the entire planet, what happens in the Arctic doesn't stay in the Arctic. As the ice cap melts, the world warms faster, disrupting weather patterns, diverting ocean currents, and endangering biodiversity. Yet because the Arctic is so inaccessible and inhospitable, establishing exactly what's going on and forecasting its future have proven elusive. Now, Arctic Drift takes viewers on a groundbreaking expedition that will bring vital new clarity to scientists' predictions of global change. Experts from twenty different nations join the voyage of the 12, 000-ton Polarstern icebreaker as it's gripped by the polar ice and drifts for an entire year. From this unique research station, they can make previously impossible long-term observations and experiments. But long hours in this harsh environment bring their own challenges, including hungry polar bears, perilous sea ice cracks, and equipment failure. With breathtaking cinematography, heart-wrenching personal stories, and high stakes science, Arctic Drift follows the scientists in their risky race against time to understand the Arctic before it changes our world forever.