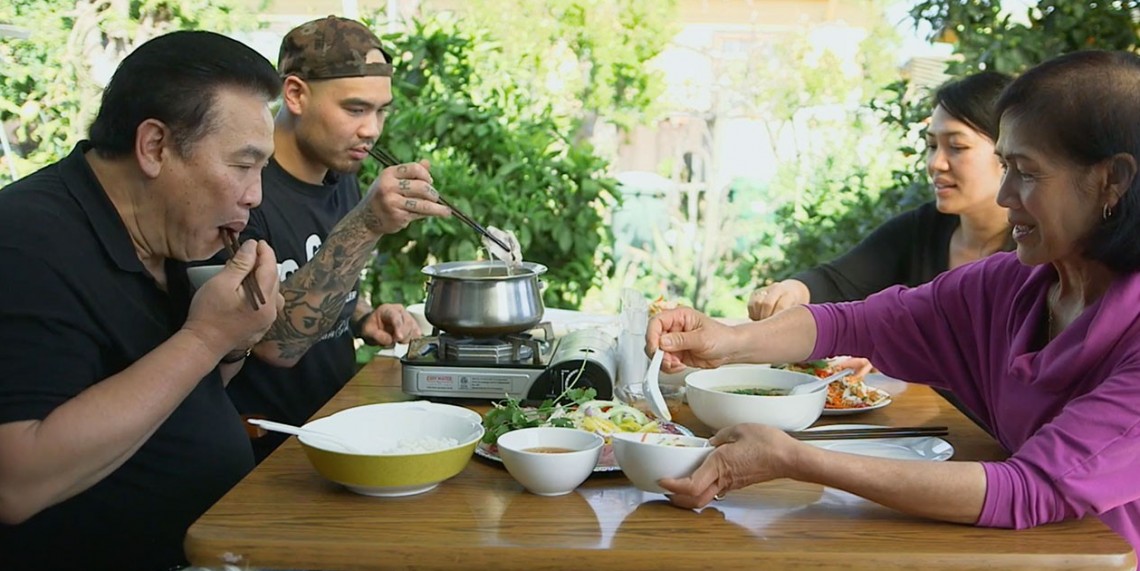 BLOODLINE is an intimate profile of Vietnamese-American chef Tu David Phu and the evolution of his culinary aesthetic - borne from a bloodline that traces back through childhood and his family's unspoken history of war. The film's narrative is framed around Tu as he returns home to Oakland, California after competing on the cooking series Top Chef (Season 15). As he reflects on that experience and his new visibility as a celebrity chef, Tu traces his unlikely journey. From the son of refugees growing up in West Oakland to a professional chef, Tu's acclaimed culinary creations are heralded as the next wave of Asian fusion representing Vietnamese culture. The documentary features illuminating conversations between Tu and his parents on their initial reservations about his career path, their pride in his success in the food industry, and how their experiences during the Vietnam War influenced Tu's upbringing and cooking style. Beyond a personal examination of family ties and food heritage, BLOODLINE is also an exploration of how in placing a premium on pedigree and formal training, the culinary industry often disregards the rich experiences, flavors and practices falling outside those parameters. This is illustrated by how the physical bloodline of the fish - running down the middle of the fillet - is often thrown away by chefs even though it carries the animal's 'essence.'