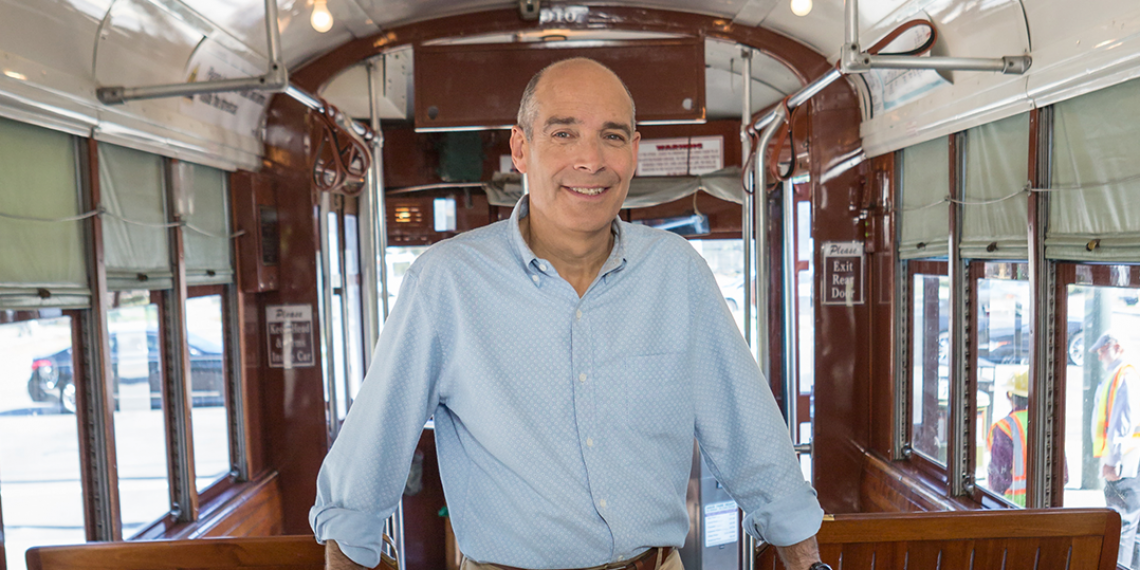 Geoffrey Baer discovers how streets have connected the nation, divided communities, and changed the way Americans live, work, and shop. Trace Broadway's 400-year evolution: from Native American trail to Dutch trading route to the home of America's first public transit service and an electrically-lighted theater district known as the "Great White Way." This episode reveals how Broadway has become the poster child for the "complete streets" movement, in which automobiles take a back seat to more sustainable forms of transit. Ride from Boston to New York on the Boston Post Road, a dirt "highway" created for the nation's first mail carriers. Take America's oldest streetcar line out to some of the nation's first suburbs in New Orleans, and in Detroit drive a Model T along America's first mile of concrete-paved road. Explore a car-friendly street created by a 1920s entrepreneur who predicted that Los Angeles would be dominated by the automobile, and take a horse and carriage ride on a Brooklyn parkway built on the proposition that streets should be scenic. Visit wttw.com/10 to explore more locations; web-exclusive stories, interactive games, and features; timelines and maps; behind-the-scenes images, and more.