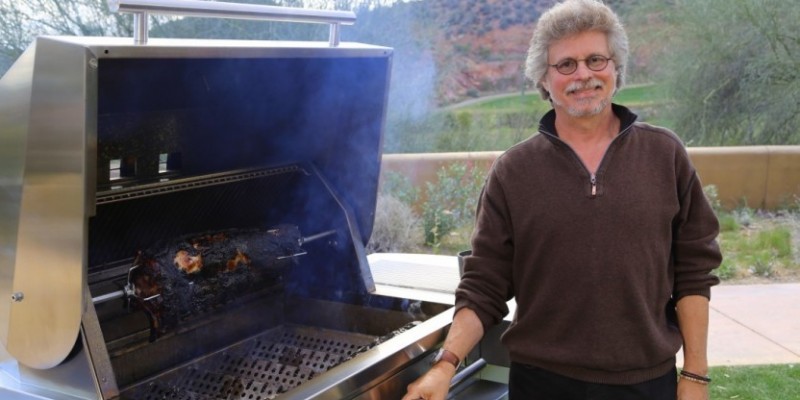 This show highlights the conviviality of a South American cookout, which can last through the day and well into the night, with different courses served for hours on end. Add some dishes from this multi-cultural continent to your grilling repertoire. For years, North Americans have attempted to recreate the spicy spit-roasted pollo served in Peruvian enclaves like Washington, D.C. and Los Angeles. The secrets to the marinade and special sauce will be revealed in this episode. Little known in the U.S. is choripan, a kind of Andean hot dog that can be served as an appetizer at an asado or as a belt-loosening main course. The meat-centricity of a Brazilian churrasco will be on full display as we spit-roast picanha (top cap sirloin), chicken thighs, kielbasa, peppers, and onions-all served with an electrifying Brazilian country-style salsa called molho a campanha. Peruvian roast chicken with aji amarillo sauce; Choripan; Brazilian churrasco (mixed grill) with molho a campanha.