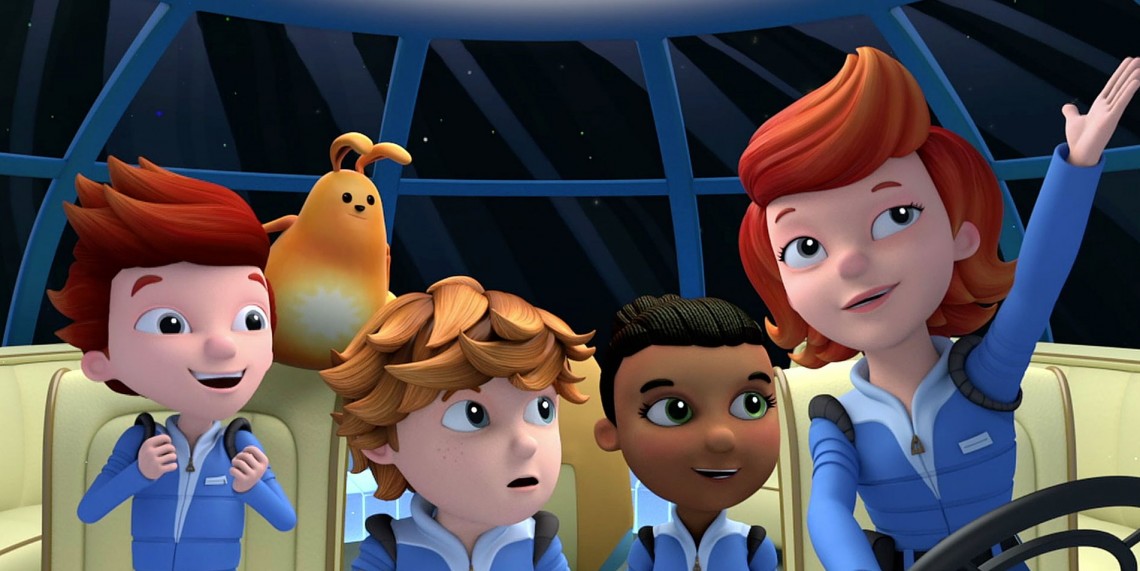 'Tour of the Solar System' - Jet attempts to play the 'Solar System' game with Sean, Sydney, and Mindy, but the kids don't quite understand which planets go where. Celery, Jet's mom, takes them on a tour of the solar system and introduces each of the eight planets. Curriculum: The sun is at the center of our solar system, and everything else revolves around it. The sun, planets, dwarf planets, moons, and different kinds of space rocks like asteroids and comets are all part of our solar system. 'Jet Cooks Dinner' - Sydney, Mindy, Sunspot, and Sean help Jet cook a classic meal from Bortron 7 for his parents, Celery and Carrot. After some funny attempts, the kids find that using the Scientific Method works best to get the meal done in time. Curriculum: 'Failure is not the opposite of success; failure is a stepping stone to success.' This attitude can be applied to cooking as well as scientific discoveries!