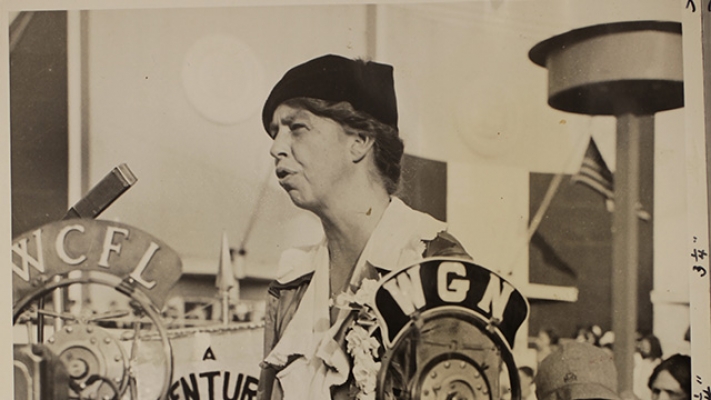 Franklin Roosevelt runs for vice president in 1920 and seems assured of a still brighter future until polio devastates him the following summer. He spends seven years struggling without success to walk again, while Eleanor builds a personal and political life of her own. FDR returns to politics in 1928 and, as governor of New York, acts with such vigor and imagination during the first years of the Great Depression that the Democrats turn to him as their presidential nominee in 1932. He survives an attempted assassination as president-elect and at his inauguration tells his frightened countrymen the only thing they have to fear is 'fear itself.'