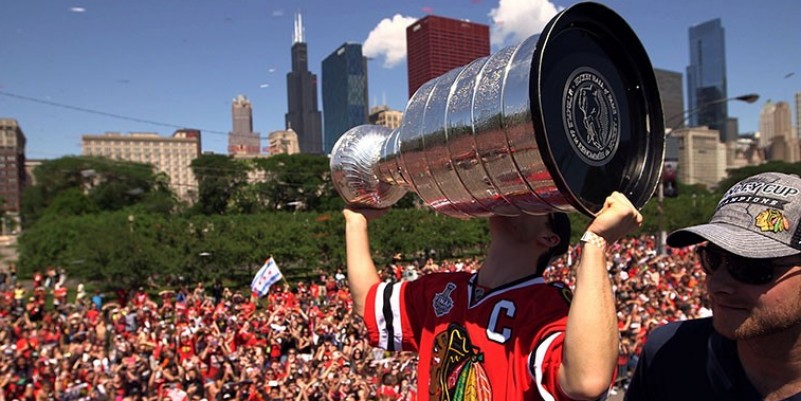 This new documentary takes you back to the 2013 Stanley Cup championship-clinching 6th game (and the breathtaking 17 seconds it took to turn the tide in the Blackhawks' favor), while providing behind-the-scenes access to the players and coaches on the team bus and with their families in their homes. The film also follows the Stanley Cup on its exhilarating victory tour around Chicagoland as Blackhawk fans join in the citywide celebration.