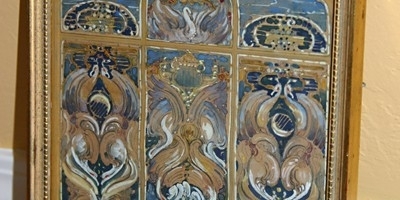 What do the violent images on this pamphlet mean? Wes Cowan decodes the message and the strategy behind a U.S. World War II propaganda leaflet. Then, Gwen Wright traces a cherished family heirloom, a watercolor, to the world of Tiffany stained glass. How did Tiffany open a window of opportunity for early 20th century women? A touching eulogy stitches together the lives of two Americans fought in the Spanish Civil War. Almost a century later, Tukufu Zuberi unites a nephew and a son of those soldiers.